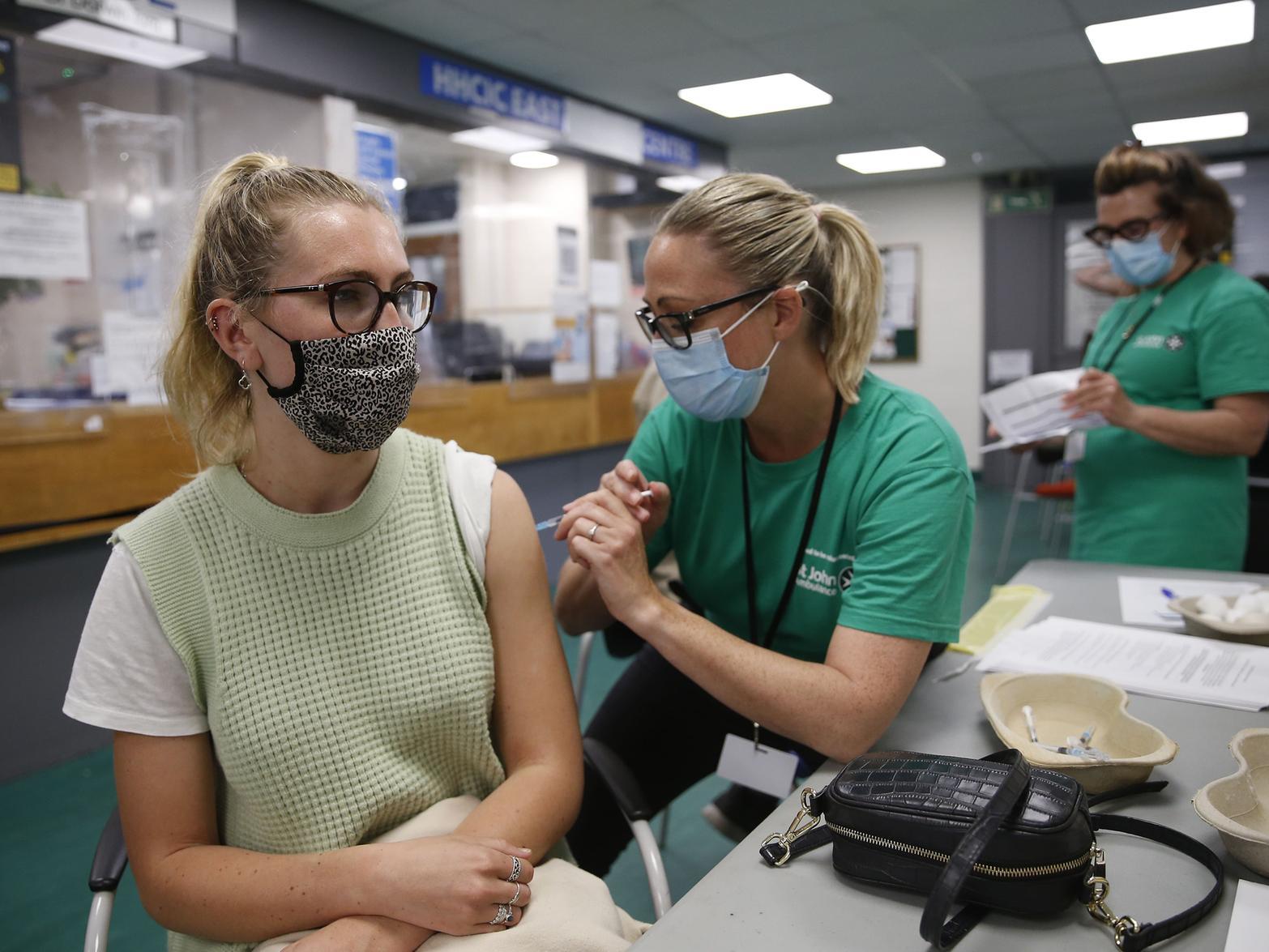 Concerns are mounting over whether the emergence of the Delta variant threatens the government's provisional June 21 deadline for lifting virus restrictions.

The comments come as Covid-19 cases have continued to surge in the United Kingdom amid reports Boris Johnson is considering delaying so-called freedom day by at least two weeks in order to allow more people to be fully vaccinated against the Indian variant.

"That figure, around 40 percent more transmissible, is indeed the latest advice I have", Health Secretary Matt Hancock told Sky News on Sunday. "That means that it is more hard to manage this virus with the new Delta variant, but crucially we believe that with two doses of the vaccine you get the same protection as the old variant", Mr Hancock told "Sky News".

In Scotland, people aged 30 and over are eligible for a vaccine.

"The NHS vaccination programme is a real team effort and it is a testament to NHS teams across the country, that we are able to open up to people in their twenties just six months on from delivering that world first jab to Maggie Keenan".

"So ultimately it does make the calculation more hard for June 21 but it doesn't change our strategy which is we all need to go and get vaccinated and that way we will break this link between the number of cases to the number of hospitalisations".

It comes as a surge in Covid-19 cases including the Indian variant continues to spread across the UK. We've said that we'll give people enough time ahead of the June 21 date.

The Health Secretary, with a decision on lockdown easing due in the next week, said he "wouldn't rule out" measures such as wearing face coverings in public settings and working from home where possible continuing in the long term.

"Yes, I wouldn't rule that out", Mr Hancock told the BBC.

"And separately we have a piece of work on what the social distancing rules should be after that".

The last group of adults will begin to be called forward this week with around three million people aged between 25 and 29 getting invited to book their first dose, with texts being sent out.

Health service leaders and top medics are urging those asked to do so, to bring forward their second dose appointment.

He pointed to a renewed rise in COVID-19 cases but said he had been reassured by a broadly flat rate of hospitalisations and deaths as officials consider plans to end the lockdown.